Since 2013, Monithon has been developing tools and methods for enabling the “civic monitoring” of public funding. Our “civic monitoring reports” include information on how the projects are developed, how they are progressing, and what is their impact from the point of view of the final beneficiaries, such as citizens and enterprises. In 2020, 125 new reports were developed and published on our website. The reports mainly come from the students participating in the “At the School of OpenCohesion” (ASOC) initiative, a European educational best practice carried out by the Italian Government. Its goal is to stimulate public engagement thanks to the use of open government data published in the OpenCohesion portal. The ASOC project has been using the tools and methods from Monithon for its civic monitoring activities since the very beginning.

In this post, we present some of the main results of Monithon’s civic monitoring from 2013 to 2020.

But there is more. While our usual statistics on results are included in our complete infographics, we added new figures and cases on the actual impact of this civic monitoring in Italy. We asked ASOC students if and how they could reach the media and the policy makers, and what was the main result of these interactions. We also analyzed the interactions among all actors involved via Twitter.

We found that the monitoring teams were very good at creating connections with policy makers and the media. However, the actual impact on policymaking was limited to a few interesting cases.

The results of civic monitoring

Considering all civic monitoring reports since 2013, the total amount of public funding monitored increased from 7.35 in 2019 to 9.41 billion Euros in 2020. Most of these projects (about 70%) are large transportation infrastructures such as train or metro stations and railways. This is a pretty impressive figure, considering that the total value of the projects tracked in the OpenCohesion website is about 180 billion euros.

Overall, most of the projects that have been assessed obtained a positive evaluation. However, some projects were judged as ineffective (10%), blocked (8%), or in progress with some problems (15%). In particular, problems found were both administrative (11%) and technical (11%), while there were cases in which results did not match the expectations (2.8%), or the project was not effective without the necessary complementary interventions (3.2%).

Each report, of course, includes much more detailed information about different qualitative aspects of implementation. The projects were described from the final beneficiaries’ perspective, and assessed by considering their strengths, weaknesses, and future opportunities. Moreover, the civic monitors always added suggestions for improving the project or replicate it in other contexts. Here is a list of the reports published in 2020.

These results were disseminated using different means, with the aim of reaching out to the people responsible for programming and implementation of a specific policy, as well as to foster an informed debate in the media around the issues that were found.

Instagram, Twitter, and Facebook were the most used social media. In addition, students were suggested to organize local events, especially during the Italian “Open Data Week” (50% of the cases). It is interesting to note that about one-fifth of the projects managed to be formally audited by local public administrations to discuss their results.

The impact of civic monitoring

The media coverage of civic investigations could be considered one first measure of impact.

63% of the monitoring reports were somehow covered by the media. In particular, local TVs and newspapers were interested in giving attention to the research process and the results. Almost 50% of the teams that responded to our questionnaire stated that they were featured in the local press. Others were interviewed on the radio or featured in local web magazines.

The team Terra di Mezzo created their own web radio on Spotify called Radio Raid featuring interviews with political leaders and key people in the fight against the local mafia. The team told Monithon that “our broadcasting helped to involve not only the population but a wider national and international audience. It made the reuse of confiscated assets, a topic that the media do not usually cover, a symbol of the fight against ‘Ndrangheta in Isola di Capo Rizzuto”.

The students also described if and how they could reach policy makers. 76% made contact with local or national public agencies, responsible for programming or implementation of the monitored project. In some limited cases (7%), the administration did not respond to the requests at all. In other cases, more than one contact request was made to different agencies, with some agencies that responded and others did not (18%). In 2020, the COVID pandemic provided for additional barriers to civic monitoring. The logo of the monitoring team “Terra di Mezzo” from Calabria

The type of responses also varied. The students received formal or generic replies to their requests (18%), or more specific promises (32%).

For example, the team Watershed from the 2018-2019 ASOC edition monitored the construction of a canal to prevent natural disasters in Palma di Montechiaro, Sicily. They got very concrete promises. “We noticed that the works, although completed, had several limitations. The sinkholes were full of weeds and debris that did not allow the water to enter the pipeline and then drain into the sea, and that some manholes have been stolen and then replaced with boulders that allowed debris to enter the canal. […] Following our suggestions, the Mayor signed a memorandum of understanding for the maintenance of the canal”.

In some limited cases, the suggestions from the civic monitoring were successfully implemented to improve the project’s effectiveness (8%).

The students of the team Panta Rei, who evaluated a set of water purifiers near Naples in 2020, told us that “Our inputs have helped to turn the spotlight on the issue of the project Regi Lagni, stimulating a series of initiatives that have multiplied in this period, […] such as the establishment of a “Special Investigation Commission on Water Pollution” by the Municipality of Castel Volturno (Naples).

In 2018, another monitoring team – Veni Vidi Vico – monitored a renovation project of their own school, the “Giambattista Vico” high school in Laterza, Puglia. “The works, which concerned the water and fire protection system, financed with European funds, were completed, but the fire certification was lacking because the electrical system was not in accordance with current regulations. […] Thanks to our continuous reminders to local authorities, the following year the electrical system was modified and certified”. Finally, we assessed the degree to which the students were able to form relations with the other actors through the analysis of their Twitter connections. The use of Twitter to document the different steps of the investigations, as well as the public encounters, was one of the requirements of the ASOC program. Therefore, the vast majority of the monitoring teams created a Twitter account and used it to post photos, videos, as well as to mention people and organizations. We mapped the complex network of interactions among these accounts, each representing an individual or an organization that used the ASOC official hashtags such as #ASOC2021. We considered not only the students (civic monitoring teams) but also all different actors with different roles that participated or were interested in the ASOC program.

More than one thousand national and local actors created about five thousand connections. The two central nodes represent the two main official accounts of the ASOC team, that is @OpenCoesione and @ascuoladioc. We removed another big node in the center, our own @monithon, which systematically re-tweeted and mentions a large number of student teams. Some Europe Direct Centers and the Managing Authorities of the regional programmes from Southern Italy often act as hubs.

Apart from the ASOC team, the students were able to form Twitter relations also with the Policy Makers, including supporting regional authorities (445 connections), NGOs (268), and the media (132).

We showed how monitoring teams and communities are usually very good at creating relations to conduct field analysis of the funded projects and disseminate their results both on social media and more traditional media.

The results of our questionnaire, which now is embedded in “step 3” of the civic monitoring report, also showed that the average impact of this monitoring on projects’ effectiveness is still limited. Nevertheless, we also received very interesting stories about the creation of real partnerships between the students (including their teachers and communities) and the administrations involved in project implementation.

We think it is crucial to multiply the opportunities for the establishment of such effective partnerships, both at the local and national levels. OpenCoesione, our biggest partner and one of the main open data providers for civic monitoring in Italy, could facilitate this process by further increasing the chances for the creation of new connections, as well as to promote the actual use of the input from the bottom-up in the policymaking cycle. For example, the ASOC team recently organized a series of meetings with selected monitoring teams and representatives of regional and national authorities programming or implementing Cohesion Policy in Italy, with the aim of discussing students’ suggestions for better policymaking. This initiative, called ASOC Talk – a dialogue with public institutions, seems to be perfectly in line with our suggestion.

In addition, we think that Italian NGOs, already involved in civic monitoring as authors of reports or supporters of the activities of ASOC students, could do more for advocating better EU policy and projects’ implementation based on the results of civic monitoring. Students and NGOs should find common topics and interests and form a strategic alliance. The creation of stable connections among interested actors, associated with policy mechanisms for real citizen engagement, could be the way to take civic monitoring to the next level. 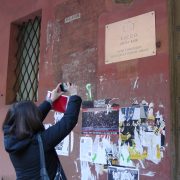 The light and the dark side of the use of EU funding: the results of Monithon’s civic… 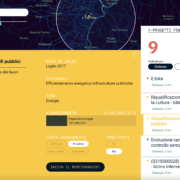 There is a new app in town: Monithon Project Finder helps you discover EU-funded project in your… 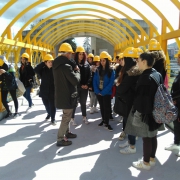 Two More Years of Civic Monitoring of EU Funds in Italy: The Results of the Students' Investigations 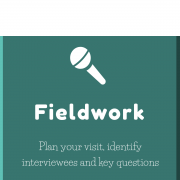 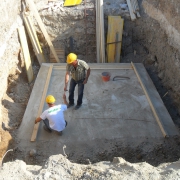 MoniTutor is the new online mentor for citizens monitoring how public funding...

Let’s learn how to monitor the EU funding for the environment!
Scroll to top