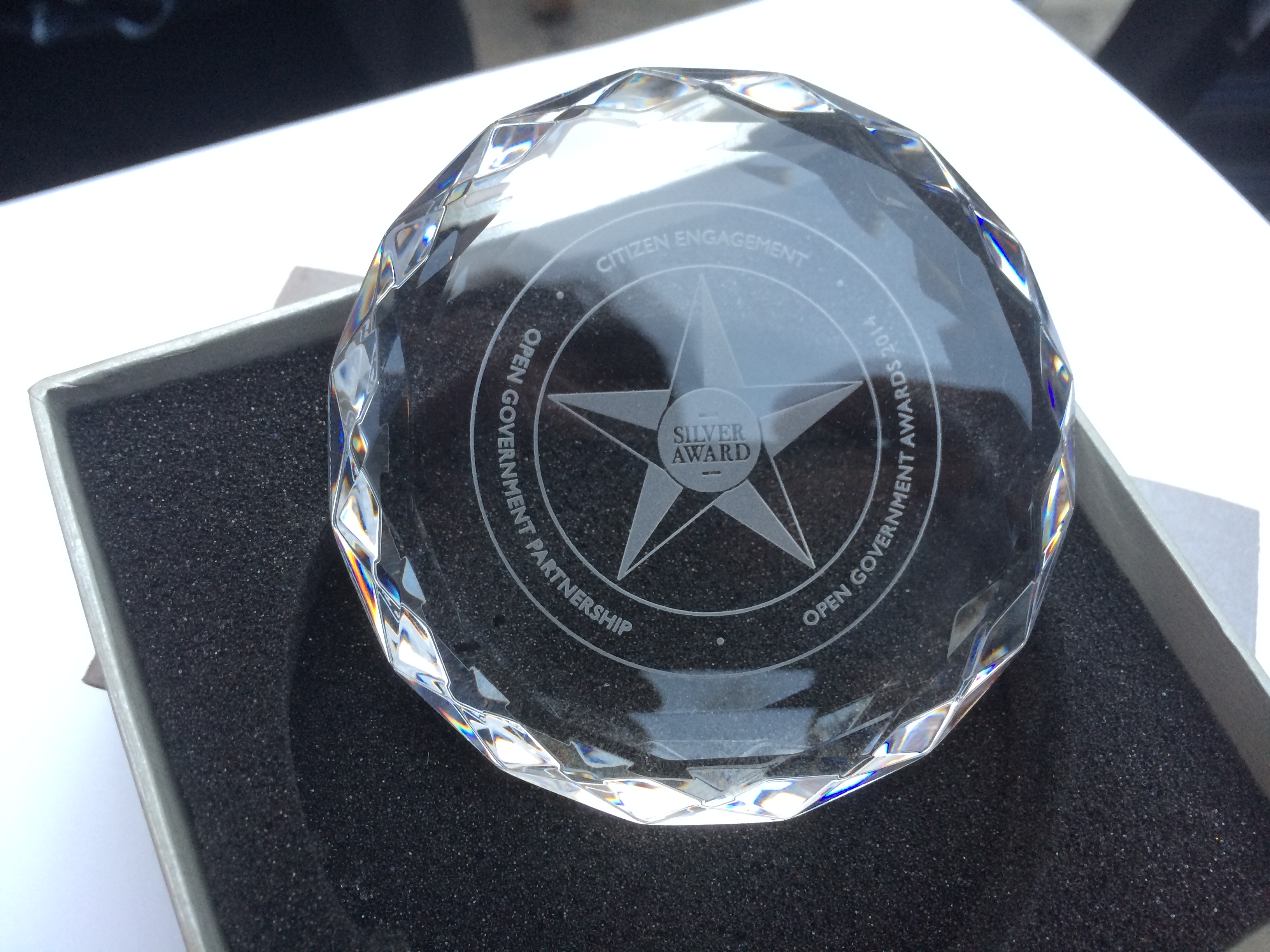 The partnership between OpenCoesione (government initiative) and Monithon (civil society) represented Italy at the Open Government Partnership High-Level Event held on September 24th in the United Nations Building in New York.  The partnership was nominated through a public consultation that took place at the end of May 2014. The result is incredible – a fantastic 4th position and a brilliant “Silver Award”, based on the votes of an international panel of experts.

It was a great honor to represent Italy (and Italian civil society in particular) with my friends Carlo Amati, Simona De Luca e Aline Pennisi from the OpenCoesione team – and being recognized in front of Barack Obama, Francois Hollande and 9 other heads of state, official delegations from 65 countries and hundreds of civil society representatives. Unfortunately, the Italian political representatives were missing.  It is also good to receive better scores than other OGP founding Countries with longer traditions of openness and transparency than Italy such as the United States, the United Kingdom, the Netherlands. In the video from the official streaming of the United Nations, you can watch the awarding ceremony. The full video also includes the brief speeches by the representatives of the 3 top teams Denmark, Montenegro and the Philippines.

What the judges say about Italy. The international panel based its scores on the applications from the different Countries and considered 4 different criteria: Credibility of Partnerships, Depth of Engagement, Evidence of Results and Sustainability.

If we analyze the scores as published on the OGP website (here the CSV of the data that I scraped), we discover that Italy is in the #1 position for 2 criteria out of 4!

Great expectations.  I really hope that Italy will actually invest on such a crucial topic for democracy, institutions and the economy.  We would like to win an award that considers not only the best practices but also the average value of the initiatives in a Country.

Everybody knows that awards are not really important in themselves, but I think they can help inspire more ambitious objectives for the future. I would like to thank all the OpenCoesione team as we share the same exciting adventure – and in particular Damien Lanfrey and Chiara Ciociola for their fundamental help in drafting the application for this award.
I speak on behalf of the Monithon initiative when I say Thank You and Congrats to all the people who are so enthusiastically being involved in the citizen monitoring of public policy! QR codes and the transparency of the EU Policy