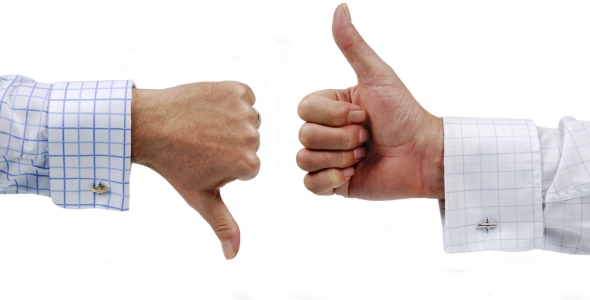 At the final conference of the EIBURS-TAIPS research project, I had the chance to have breakfast with professor Lucio Picci from the University of Bologna.  Lucio is a well-known scholar in the e-government field, who have paid particular attention to governance issues. He served as a senior scientist at the Institute for Perspective Studies in Sevilla, Spain, which is one of the EU Commisson’s Joint Research Centers having an important role in shaping the EU policy in the ICT field.
His 2011 book Reputation-Based Governance – published by Stanford University Press – goes well beyond the traditional way ICTs are applied to the public policy domain (i.e. to transform public services provision). He images a world in which each public servant and  public institution (including private contractors) is given a score based on the reputation these actors were able to earn, just like it happens today during an eBay transaction.

“We could imagine a situation where the assessments of policies allow us to compute measures of reputation that propagate not only to the public administrations, their administrators, and the firms contributing to their execution, but also to the political parties responsible for the policies” (p. 66)

It’s easy to figure out some positive effects on the democratic process. For example, policy decisions could be more evidence-based, the single actor misbehaving could be easily identified (and this, in turn, might limit corruption and rent-seeking), public agencies’ internal organisation could benefit from a more open and accountable shape (including stronger career-concern incentives for public servants).

Obviously, in this future scenario a crucial role is given to the citizen, who is seen as the ultimate evaluator of public policies and projects.

“[…] Citizens assess the outcome of a policy. We say that the citizens who may assess a policy belong to the constituency of that policy. […] If the policy is a project to build a school, its constituency could be defined as the group of people who live in the area where the school is located, the personnel working there, and the students. For network-type public works, such as freeway, the constituency may also include people who live far away from it.” (p. 67)

So we come to the final questions. Is this just a pure speculative exercise? How far are we from real implementation of something like this?
During that breakfast, I soon realized that the Monithon experiments are maybe the right step in that direction.

Why should we all become monitorial citizens?
Scroll to top